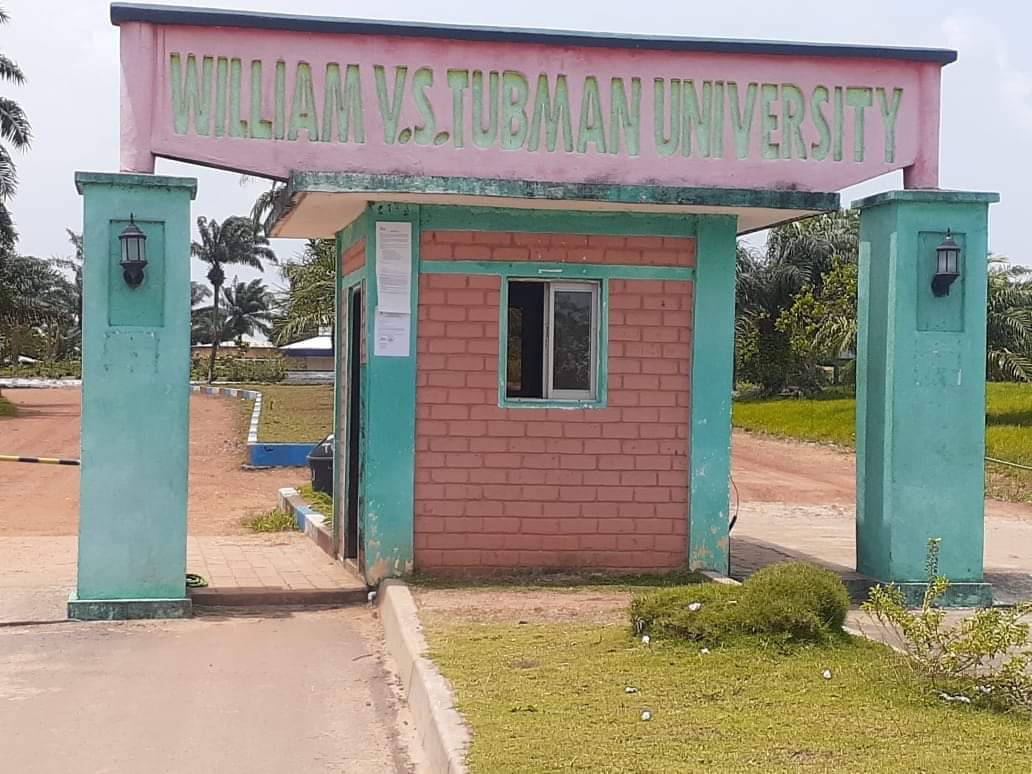 Harper, Maryland County – The protest of the William V. S. Tubman University’s faculty members, comprising of full time, contractors and adjuncts, has entered its fourth day, with academic activities at the Southeastern only and biggest educational public institute remaining suspended since Saturday, February 26.

Differences emerged between
Tubman University Faculty Association (TUFA) with the membership of over 70 and the Administration of Tubman University (TU), when the latter
failed to redress issues affecting faculty members and alleged corruption.

TUFA has also called for the resignation of President of TU, Dr. Wreh-Wilson, because of his ineptitude, corruption, ineffective leadership, inability to make decisions, poor performance, lacking conflict resolution skills among others.

According to TUFA statement, since their engagement with the administration of Tubman University (TU) on December 20, 2021, TU President Dr. Wreh-Wilson has opted to remain in Monrovia while his caretakers issued press releases amid TUFA’s extra two weeks’ stern warning of possible actions.

In a 10-count’s request, TUFA in its Special General Assembly Saturday, February 12, 2022, which was held on the campus of TU was presided over by its President, Francis K. Fukah, Jr.

Housing and Compensation; House allowance with immediate effect or Housing; Employment Status -Provide employment status, not contract after probation; Salary Increment Increase salaries of faculty members to reflect the current deductions and constitute an audit into past collections and expenditure; and Tenure and Promotion -Provide Faculty members research allowances to enhance.

Others are Maintenance Fees -Immediately cease any and all forms of maintenance fees after salaries as affected by Harmonization; SAAR insurance -Restitute deductions made from employees for forced insurance classrooms across the university; Improve teaching conditions in the computer labs, laboratories and other concurrently; Provide offices for faculty members and Address the poor conditions of existing
retroactively paying past department chairpersons who were shortchanged and Restoration of monthly allowance of US$800 for department chairs and Payment of all outstanding faculty overloads.
employees/contractors among others.

TUFA furthered that the Dr. Wreh-Wilson’s administration has denied them privileges ascribed to them by virtue of their respective positions, while constantly insulting and disrespecting them both in public and private spaces. Dr. Wleh-Wilson and cabinets continue apportion unto themselves moneys that could otherwise be use for the betterment of the entire university. This is evident by the fact that Dr. Wleh-Wilson, in addition to his salary pays himself US$30,000 annually ad research allowance, followed by S. Benson Barh US$12,000; Mle-Too Wesley–US$12,000; T. Dan Jah Bestman –US$6,000; Rev. Mathew Akinsulre US$7,200USD, Gbalee Gray US$7,200; Anthony Siakor US$7200; Emmanuel Y. Harmon –US$7200; Isaac L. George –US$6000 and Philip A.
Theoway, Executive assistant to the president–2400 USD. Ladies and gentlemen, the total of their so called research allowance costs TU US$97,200 yearly.