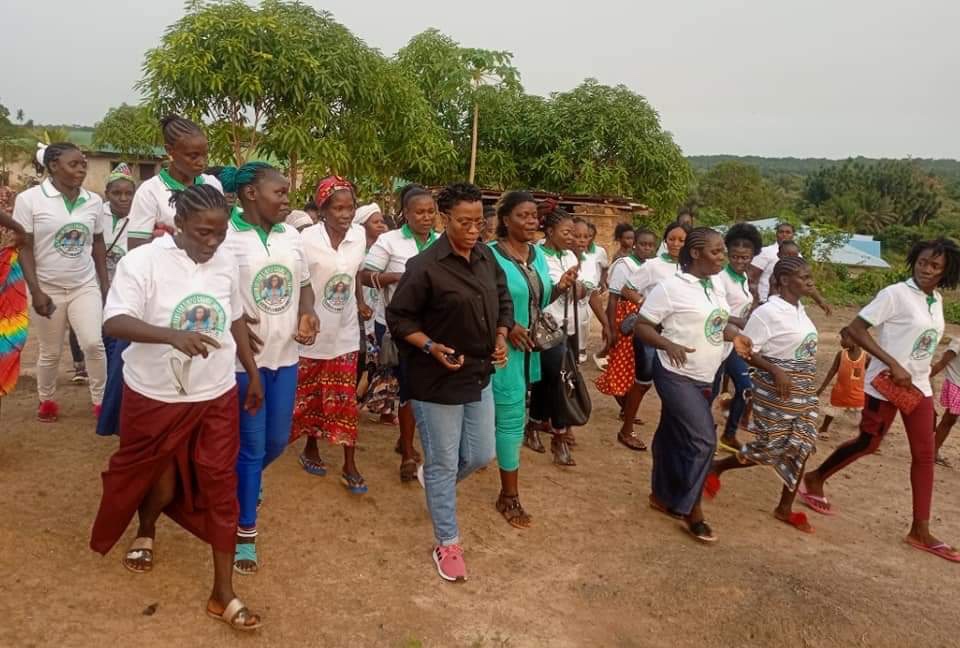 Over 60 women obtained a certificate in soap making, with support from Hon. Ellen Attoh Wreh, Representative of District#3, Margibi County.

Speaking to reporters over the weekend at the program marking the graduation ceremony of over 62 women in Borlorla Road, Hon. Ellen Attoh Wreh disclosed that the initiative is part of her commitment to empowering women and making them self-reliant

She moreover encourage the woman to take advantage of what they have acquired and make maximum used of their skills.

The District #3 lawmaker at the same time lunched a motor clinic, which she said is intended to boost the health system in her district.

Hon. Attoh Wreh explained that the motor clinic is controlled by an experienced doctor who will be responsible to treat minor cases in citizens in the hard to reach parts of the district and to refer major cases when needed .

For their part, beneficiaries of the empowerment program praised Hon. Ellen Attoh Wreh for strengthening them through building their capacity, something they said through her empowerment program they are capable of producing Liquid soap, tie soap, chloride, and coloring soap among others.

According to the women, such skills will help them be independent and contribute to their home as well.

They further used the medium to call on citizens of district#3 to re-elect Hon. Attoh Wreh.