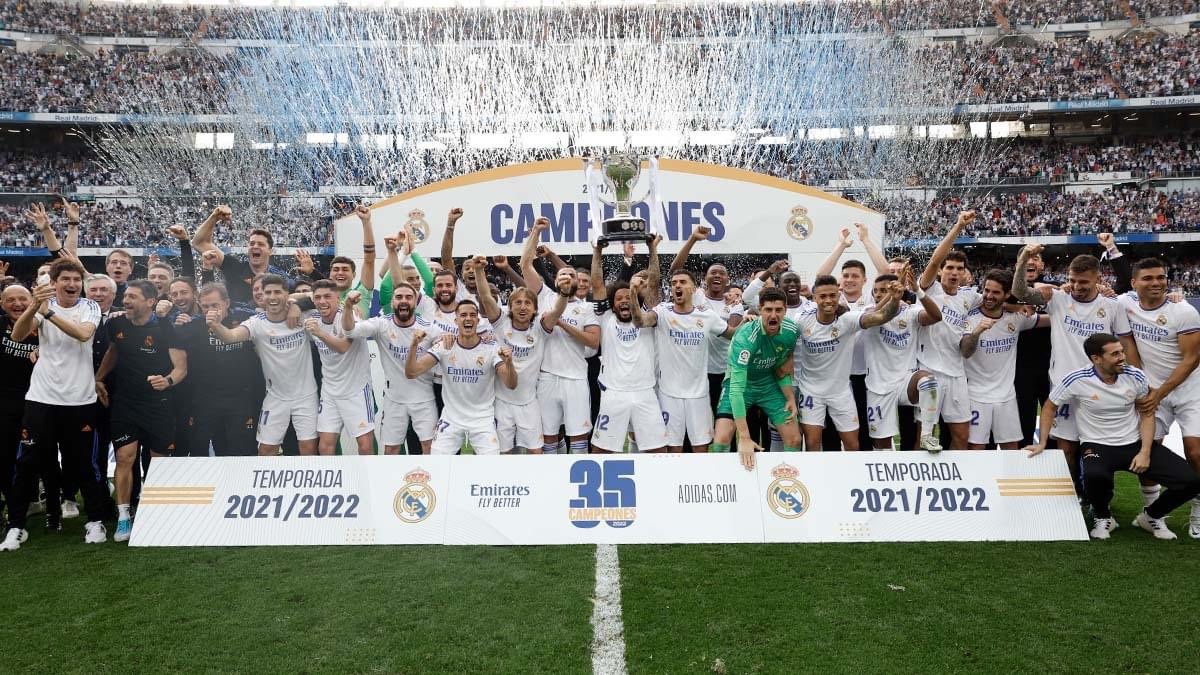 Real Madrid secured the title with four LaLiga fixtures remaining thanks to a commanding 4-0 win over Espanyol.

Carlo Ancelotti’s team went into Saturday’s game at the Santiago Bernabeu knowing a point would be enough to wrap up the 35th LaLiga title of the club’s prestigious history.

But anything other than a home win never looked likely after Rodrygo opened the scoring in the 33rd minute, with Los Blancos cruising to a comfortable victory despite significant squad rotation.

Rodrygo made it 2-0 10 minutes later, before Marco Asensio and substitute Karim Benzema added to the score in the second half.

Success this season represents a maiden LaLiga title for Ancelotti, who has become the first coach to win all of Europe’s top five leagues, having previously triumphed in England, Germany, France and Italy.

Madrid have led the way for much of the season as Atletico Madrid struggled to defend their title and Barcelona initially floundered without Lionel Messi.

Sevilla represented Madrid’s closest rivals for a long stretch but fell off the pace, while Barca’s recent poor run ended their slim hopes of a title challenge.

Madrid’s full focus will now switch to the Champions League. They trail 4-3 on aggregate heading into the second leg of their semi-final clash with Manchester City next week.